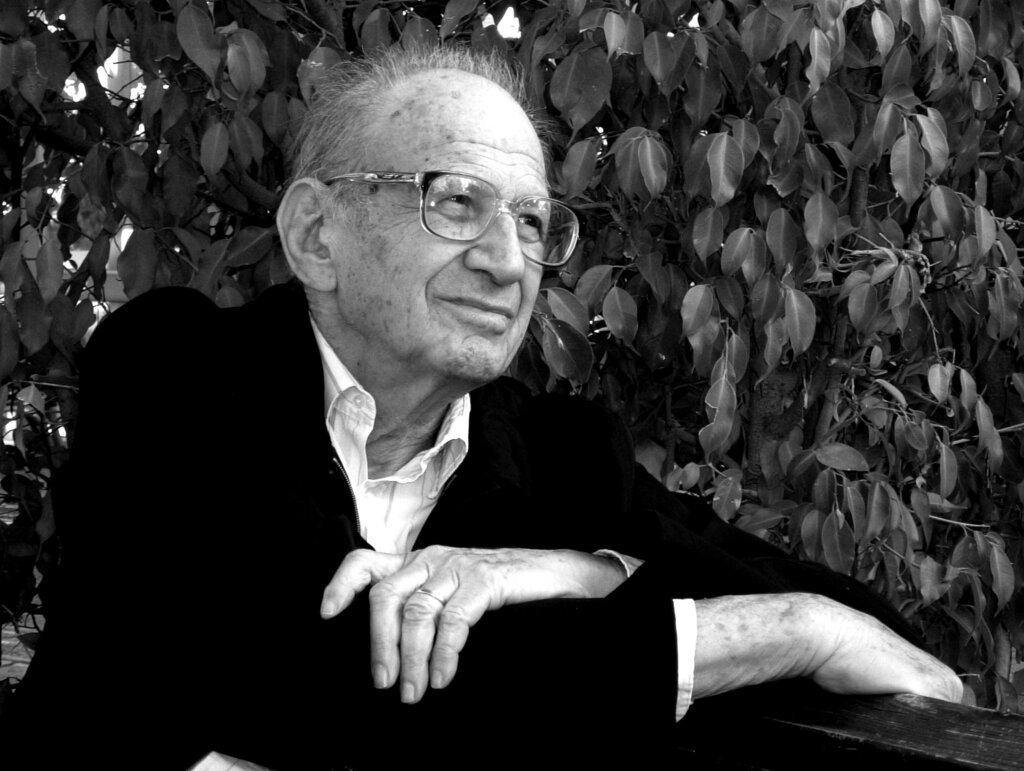 In Memory of Sergiu Natra, Who Left Us Last Year

The prolific and respected composer was a well-known and esteemed personality worldwide. I would like to share a few thoughts in his memory on a personal level.

I was privileged to play his work, Sonatina for harp, just a few months after I transitioned to harp and a short time after it won the contest for an “Israeli Piece” at the Third Harp Contest.

My teacher, Klari Szarvas-Weissgerber, was a judge at this contest and complimented me warmly for my understanding of the material, as well as Sergiu himself, after he heard me play it at an important event of the America-Israel Cultural Foundation.

This was the start of a friendship spanning many years, reinforced at harp congresses throughout the world, where he arrived as a guest of honor and was widely recognized and admired. I would even add – he was the favorite composer who wrote for our unique instrument. He sat on panels of the international congress and significantly contributed to discussions on modern-day composition and ideas related to the very important enterprise of the world of harp – the World Harp Congress founded by Phia Berghout.

The Israeli representatives, myself included, greatly enjoyed his friendship, together with his wife, the artist Sonia, at festive events long into the night.

Having played the premiere of his work Music for Nicanor, which was composed at the request of Nicanor Zabaleta but not played by him, I can testify, like many others, that Natra was gifted with an exceptional ability to compose for the harp.

This is not the only reason that I greatly appreciate Sonatina. I think that it represents excellent and succinct composition. In my opinion, it is a perfect gem, and despite the period in which it was composed, it is accessible even to less-professional ears and very beloved, to the extent that the audience asked, more than once, to hear it again even at the same concert.

In Maastricht, Netherlands, the late Irena Kaganovsky was asked to repeat his chamber work that she had played, which aroused a discussion with the musicians’ union of the quartet participants, at the end of which they were granted permission to play it again. In my eyes, this is no small feat.

Sergiu was an active composer and very prolific until his final days.

I believe that he is a role model of a unique artistic personality who is dedicated, friendly, and possesses a captivating sense of modesty.

May his memory be a blessing.