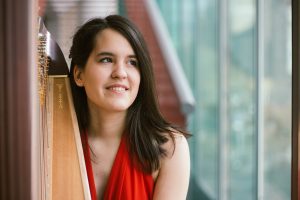 Béla Bartók
(transcribed by L. Petrović): The Night’s music (from Out of Doors, Sz.81)

East-West Ensemble
The first multiethnic musical ensemble in Israel and one of the first in the world.
The ensemble performs as a guest of honor on luxury stages in Israel, Tokyo, New York, Berlin, London, Hong Kong, Paris and more.

A group of 6 leading musicians in the country in the fields of ethnic, classical classical music, jazz, rock and oriental art music. The musicians themselves are also natives of different countries and cultures: Iran, Norway, Tajikistan and Israel.

The band combines western classical instruments with oriental instruments and percussion from Tajikistan. By combining the various musical instruments and styles, one clear and defined style of fascinating music is created.
Everyone who watched the performance of “East-West Ensemble” was present at the magnitude of the sweeping experience that takes place on stage. Beyond the musical experience that passes to the audience, there is also an important message: the meeting of different cultures living side by side intensively in Israel and the entire Middle East, this meeting of cultures covered in the media especially in different conflicts, the same meeting can yield co-creation. Like her.