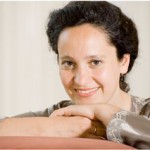 Florence Sitruk, Artistic Director, Germany
Born to French-German parents, she studied at Paris Conservatory with Marielle Nordmann, and gained the Artist Diploma from Indiana University/USA with Susann McDonald and legendary pianist György Sebök whom she calls both decisive for her musical development. In addition, she holds degrees in musicology and philosophy from Freiburg University, and studied historical performance practice with Robert Hill, harpsichordist. (read more) 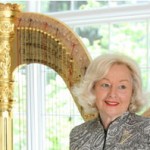 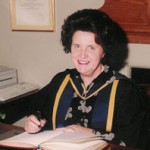 Daphne Boden UK
Daphne Boden, Described by music critic of the “Times” as a Harpist who’s clean, fresh playing was a joy to hear” is Professor of Harp at the Royal College of Music. She studied at the Royal College of Music and the Brussels Royal Conservatoire where she was awarded the Premier Prix. Her teachers have included Marisa Robles and Mireille Flour. Her busy concert career has taken her all over the world. (read more)

Jana Bouskova Czech Republic
Jana Boušková belongs to the elite category of the world renowned harpists, who are thanks to their
distinct artistic qualities invited to the most prestigious world scenes. Furthermore, Jana Boušková as
an outstanding personality forms the harp repertoire and technique at the world level. (read more) 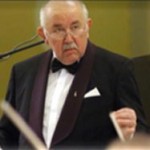 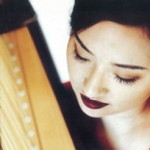 Kyo-Jin Lee South Korea
Kyo-Jin Lee began her harp studies at the age of ten. At age eighteen, she won First Prize at the Korean Music Association Competition and began to concertize extensively in Korea. She graduated from Seoul National University, where she also completed her Master’s Degree. From Indiana University Jacobs School of Music, Ms. Lee received her Artist Diploma and Doctor of Music under the tutelage of Susann McDonald. (read more) 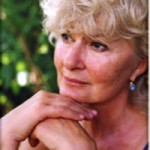 Marielle Nordmann France
Marielle Nordmann is recognized and admired as a soloist throughout the world, and plays with the greatest performers: I. Stern, M. Rostropovitch, P. Tortelier, and M. André; She has been the privileged partner of L.Laskine and J.P.Rampal.    She is a guest soloist with the greatest orchestras: the London Symphony Orchestra, the Japan Philharmonic Orchestra, the English Chamber Orchestra, (read more) 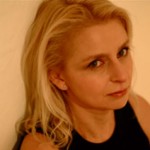