The Jerusalem Symphony Orchestra, now in its 84th season, was founded as the Palestine Broadcasting Service Orchestra in the late 1930s. In 1948, it became the national radio orchestra and was known as the “Kol Israel Orchestra”. In the 1970s, the orchestra was expanded into the Jerusalem Symphony Orchestra, Israel Broadcasting Authority. As a radio symphony orchestra, the majority of the concerts which the orchestra holds at its resident hall – the Henry Crown Auditorium – are being recorded and broadcasted over Kan Kol Ha’musika station.

In the past, the orchestra took particular pride in the Liturgical Festival, founded by Maestro Gary Bertini, which presented music of worship from the three major religions. The festival has now been incorporated into the concert season as a series of vocal and liturgical concerts.

The JSO often conducts tours in Europe and in the United States and has played in some of the most prestigious venues, including the Musikvereine in Vienna, the Philharmonie in Cologne and Carnegie Hall in New-York. In February 2015, the JSO was invited by UNESCO to Paris to perform Shostakovich’s Symphony No. 13, Babi Yar in a special concert which commemorated the 70th anniversary of the liberation of Auschwitz. Even more recently, in August 2015 the orchestra toured in Brazil with Maestro Chaslin and Israeli soloist Itamar Zorman and in 2016 toured the US and Japan, as well as in the US in 2017. In June 2009, the orchestra performed the oratorio Elijah (Mendelssohn) at the closing event of the annual Bachfest in Leipzig. In 2021, the JSO became the first Israeli orchestra to perform in Dubai, UAE, and on the same year performed a concert tour in Germany.
The orchestra is supported by the Ministry of Culture and Sport and the Jerusalem City municipality.

Doron Salomon was born in Israel where, at an early age, he began to study piano, French horn and guitar. Between 1974-1978 He studied at the Royal College of Music in London. He completed the course in conducting at the Royal College with distinction. He also participated in master classes in conducting held by Maestro Franco Ferrara in Siena and Leonard Bernstein in Jerusalem.

In the summer of 1979, Mr. Salomon won first prize in the conducting competition held by the Jerusalem Symphony Orchestra. and also the first prize in the prestigious international conducting competition in Besancon-France. This success led to invitations from all the orchestras in Israel including the Israel Philharmonic Orchestra. In France he conducted orchestras such as Pays de Loire, Philharmonique de Radio France, Ile de France, Nancy, and more…

From 1993 to 1999 Doron Salomon was the Musical Director of the Israel Kibbutz Chamber Orchestra. He was also the Principal Conductor of the Macedonia Philharmonic Orchestra between 1994-1996. Between 1995-2003 Mr. Salomon was the Principal Conductor and Musical Director of the Vogtland Philharmonie in Germany. With that orchestra he opened the Spring Festival in Prague-1996 and toured China and Spain extensively. He also accompanied the great violin virtuoso Ruggeiro Ricci in a German tour for his 80th birthday celebration.

Between 2005-2013 maestro Salomon held the position of  Music Director and principal conductor of the Israel Sinfonietta-Beer Sheba. He is at present their principal guest conductor. 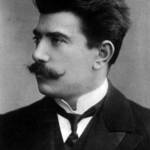 Gliére followed in the footsteps of the Russian composers who sought to create an indigenous Russian idiom in music, and in this he was mainly influenced by Borodin and Glazunov. He was born in Kiev (Ukraine), of Belgian and Jewish extraction, but of Russian upbringing, and was very successful under two regimes, the Tsarist and the Bolshevik. Among his pupils were Prokofiev and Khatchaturian.

With the epic Russian traditions, Gliére combined forms of the romanticism that typified much of Russian music. His works excel in flowing melodies of highly expressive character. His melodies are taken largely from Russian folklore, or strongly influenced by it. He never left the broad territories of the Russian Empire or its successor, the Soviet Union. His avoidance of any modernist or radical sounds also kept him on the right side of the Soviet demand for accessible “Socialist Realist” art. He was one of the first Russian composer to broaden the background of his sources to include Central Asian Russian folklore. “only the people are creators”, he used to say, “we composers merely arrange”. These traits made him naturally a favorite of Soviet authorities after the Revolution, and Gliére won many State distinctions and a high position in Soviet musical hierarchy. He wrote music for many ballets and was nicknamed “The Father of Soviet Ballet”. His, best known works, are the ballet “The Red Poppy” (1927) and his Third Symphony (1909-1911).

Reinhold Gliére’s Harp Concerto is a production of his old age. He composed it in 1938, for the harpist Ksenia Erdeli (1878-1971).  He sought her advice as to the practicality of his music. Her suggestions were so helpful, that he eventually offered to name her as joint composer of the work, but she refused. Scored for a comparatively small orchestra, the Harp Concerto could easily be performed by a chamber orchestra, which enhances its quality of charm and intimacy.

Stylistically it is redolent both of Viennese classical style, with a tincture of Russian romantic nationalism. The concerto displays the harp’s idiomatic texture, relying heavily on traditional arpeggios, arpeggiated block chords and glissandos writing. Gliere is aware of the capability of the solo instrument and the balance between orchestra and the harp.

The first movement is in sonata form. Gliére did not begin the movement with a traditional tutti opening. Instead, he preceded the first theme (played by the soloist) with a brief orchestral figure. The orchestra part is subdued, thus preparing the audience for the soloist’s grand entrance. The second theme is introduced by the clarinet, accompanied by the solo harp, with the same rhythmic figuration heard in the opening of the movement. The theme is partially repeated by the harpist an octave higher. Instead of concluding the exposition with a closing passage, he follows the second theme with a transitional intensely propelling the music to the next section. The development starts with its opening material derived from the first subject. There are several such modulations in the short but eventful development. Materials from the exposition are used liberally in the cadenza that follows, including an enchanting version of the main theme in harp harmonics. The position of this cadenza is quite special, as it comes at the end of the development section, instead of at the end of the movement, thus preparing for the recapitulation, with which the cadenza overlaps.

The second, movement is based on a theme and variations. After four bars of introduction on cellos and basses, the harp presents slow, and simple melodic lines in the theme with elaborations of different harp techniques. There are six variations, some of them calling for considerable bravura from the soloist.

The finale is a cheerful and free rondo, its main tune, with plentiful displays of Russian folk-coloring in the intervening episodes.