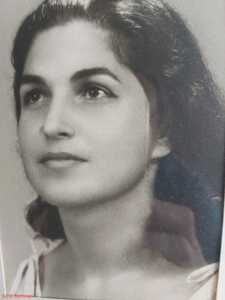 My mother, Edna Buchman was born in Tel-Aviv in 1929. (A “Sabra”… to parents who emigrated from Russia.)

As a child, she learnt the piano till the age of 17, (when she joined the “Hagana” organization.)

The flutist told her that his dream was to marry a harpist so that he can have someone to play the Mozart concerto with… So, she started to take harp lessons. Her teacher was Clara Szarvas, the first harpist of the newly established Israeli Philharmonic Orchestra.

After getting married, the young couple went to Europe and the US to further their music education. My mother studied in London with Maria Korchinska, in Amsterdam with Rosa Spier and in New York with Marcel Grandjany.

Edna was the only Israeli participant in that contest. (Personally, I remember that period before the contest as a time, when I could hardly see my mother because she was practicing…)

Well, she didn’t make it to the finals… but Israel had a representative in that first contest.

After the contest, my mother had a long career playing at the Israeli Opera, as well as a freelance for many Israeli Orchestras, including the IPO and took part in many recordings for the Israeli radio.

She also devoted much of her time to guide many young and prominent Israeli composers how to write for the harp.

For me as well as for my mom, the fact that I am a member of the jury of the International Harp Contest is a very special closure.

Rest in Peace mom and wherever you are now, enjoy this beautiful harp sounds. 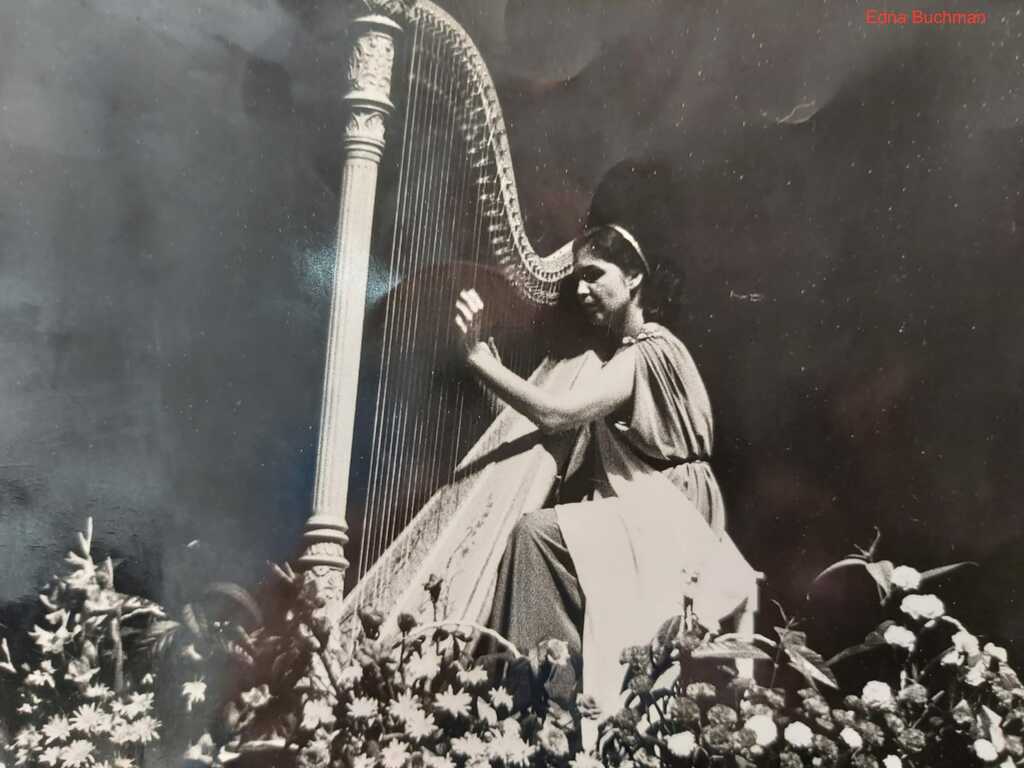 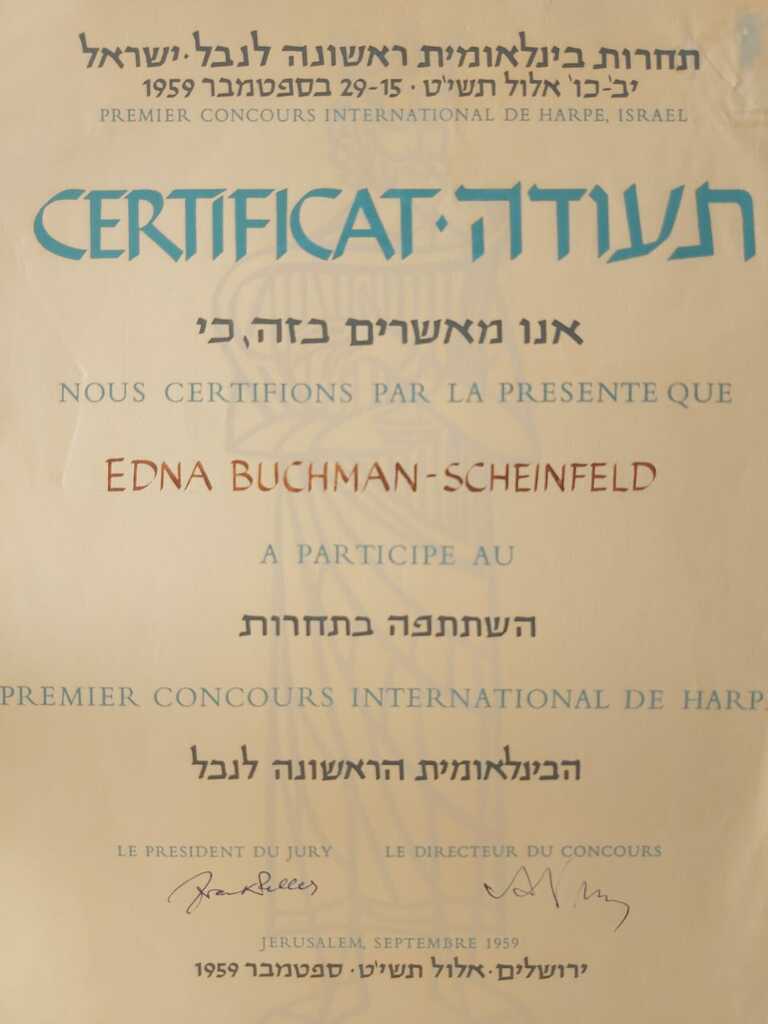