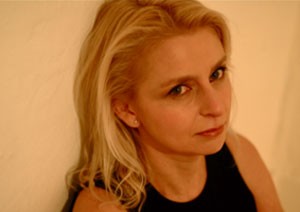 Julia Rovinsky is the principal Harpist in the Israeli Philharmonic Orchestra, and a teacher in the “Buchman” Music School in Tel-Aviv University. She has performed as a Soloist with the Israeli Philharmonic and with other orchestras in Israel and abroad. She has performed in recitals in the US, Latin America, Europe and Asia.Julia was born in St. Petersburg and has a Music Master’s degree from the Rimsky Korsakov Music School in St. Petersburg. In 1988 she won the first prize in the National Harp Contest in Moscow.Julia has played chamber music in various Festivals in the World and conducted Masterclasses in numerous renown music schools. She has recorded several CD’s as a solo harpist and several of chamber music.
In 2002 she won the Prime Minister’s award for best performance of an Israeli piece.