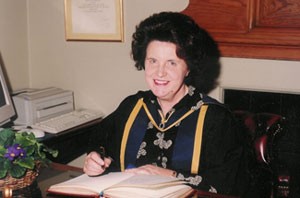 Daphne Boden, Described by music critic of the “Times” as a Harpist who’s clean, fresh playing was a joy to hear” is Professor of Harp at the Royal College of Music. She studied at the Royal College of Music and the Brussels Royal Conservatoire where she was awarded the Premier Prix. Her teachers have included Marisa Robles and Mireille Flour. Her busy concert career has taken her all over the world. Her Solo recitals have been warmly praised by critics and public alike. She has given innumerable recitals and lecture-recitals all over Great Britain and abroad and has played on Radio and Television. Her wide repertoire spans five centuries of music for the harp from all over the world. In addition to her busy career as a concert soloist, Daphne Boden is also a dedicated teacher. She greatly enjoys working with her gifted young students at the Royal College. Her students have won numerous prizes in national and international competitions and many of her former students are to be found playing in leading Orchestras.